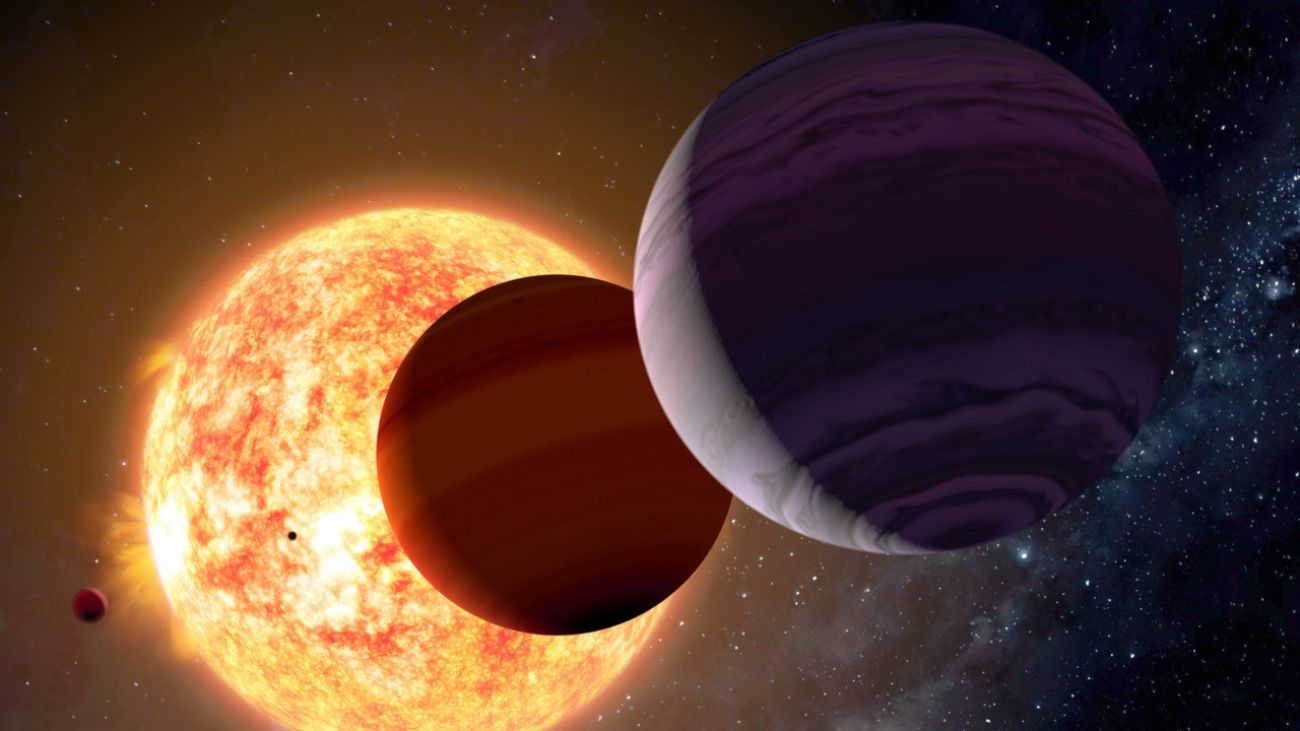 An international team of scientists has measured for the first time the masses of the giant planets of the V1298 Tau system, just 20 million years old. Masses for such young giant planets had not been obtained previously. The study, representing the first evidence that these objects can reach their final size within their first 20 million years of evolution, is published today in the journal Nature Astronomy.

For this result researchers have used radial velocity measurements from the spectrographs HARPS-N, at the Roque de los Muchachos Observatory (La Palma, Canary Islands), and CARMENES, at the Calar Alto Observatory (Almería, Spain). Ignasi Ribas, researcher at the Institute of Space Sciences (ICE-CSIC) and director of the Institute of Space Studies of Catalonia (IEEC — Institut d’Estudis Espacials de Catalunya), has also participated in the study, led by researchers of the Instituto de Astrofísica de Canarias (IAC) together with other institutions from Spain, Italy, Germany, Belgium, UK, and Mexico.

The study, led by IAC researcher Alejandro Suárez Mascareño, reports the measurement of the masses of two giant planets that orbit the young solar-type star V1298 Tau, showing that they are similar to those of the giant planets of the Solar System or other known systems that are in their “maturity”. The results of this work thus help to build a more solid idea of the early evolution of planetary systems like ours.

“The characterization of very young planets is extraordinarily difficult”, says Suárez Mascareño, first author of the publication, who asserts that “the parent stars have very high levels of activity and until very recently it was unthinkable to even try”. And he adds: “Only thanks to the combination of detections made with space telescopes, combined with intense radial velocity campaigns from Earth-based observatories and the use of the most advanced analysis techniques, it was possible to start seeing what is happening in such early stages of the evolution of planetary systems”.

Planets V1298 Tau b and e were discovered in 2019 by a team led by Trevor David (Jet Propulsion Laboratory) using data from NASA's Kepler space telescope, which allowed the measurement of their sizes, slightly smaller than Jupiter, and of their orbital periods, 24 and 40 days for V1298 Tau b and e, respectively. In order to measure their masses, it has been necessary to separate the signals generated by these planets from that corresponding to the star’s activity, almost ten times greater.

According to the study, these measurements allow us to test current ideas about the formation of planetary systems. “For many years, theoretical models have indicated that giant planets begin their evolution as bodies with a larger size, and later they contract over hundreds millions or even billions of years”, explains Víctor J. Sánchez Béjar, researcher at IAC and co-author of the work. “We now know that they can actually reach a size similar to that of the planets in the Solar System in a very short time,” he notes.

“We still do not know if the system V1298 Tau is a normal case and its evolution is similar to that of most planets or if we are facing an exceptional case; if this were the normal scenario, it would mean that the evolution of planets like Jupiter and Saturn could have been very different from what we think”, comments Nicolas Lodieu, also an IAC researcher and co-author of the study.

To achieve the measurement of these masses, the study has required a significant observational effort and the collaboration of multiple observatories and institutions from different countries. Observations taken from Las Cumbres Observatory, a network of telescopes located around the world, have been used to continuously monitor the variations of the star's activity.

Funding acknowledgments from the authors of the study include: