The last breaths of massive galaxies 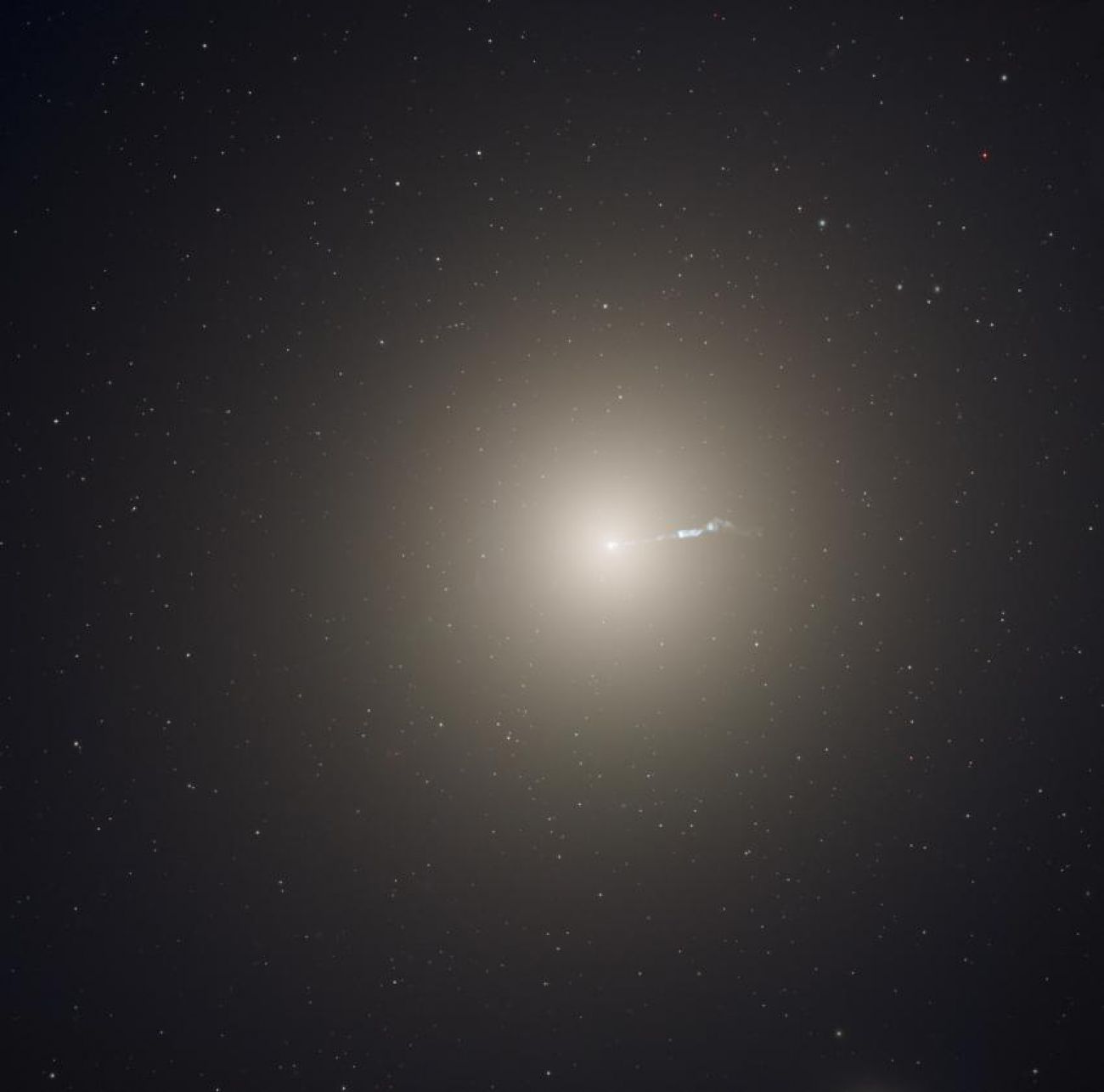 A team of astronomers propose a scenario in which galaxies with active cores may undergo a period of rapid star birth before shutting down completely. The research, conducted by astronomers from the University of Southampton, the Instituto de Astrofísica de Canarias, and the Institute of Space Sciences (ICE-CSIC), was published in Monthly Notices of the Royal Astronomical Society: Letters.

The study suggests that galaxies with an Active Galactic Nucleus (AGN) – hosting continuously growing black holes that emit large amounts of energy and radiation – have temporarily increased the rate at which they form stars by accumulating fresh gas from their surroundings.

“The cause of halting star formation in galaxies is an ongoing and continuously debated mystery”, says Mar Mezcua, researcher from the Institute of Space Sciences (ICE-CSIC) and the Institut d’Estudis Espacials de Catalunya (IEEC), who participates in this study.
The Universe is filled with trillions of galaxies, each one comprising billions of stars. Until now, most data show clear evidence that star formation in galaxies steadily declines with time, but the new research shows evidence for a sudden increase in star formation just before it shuts down.

Most, if not all, massive galaxies are believed to harbour supermassive black holes at their centres. When supermassive black holes are actively accreting gas, they can radiate as much energy as the galaxy in which they reside. The popular picture is that powerful winds and jets produced by the central AGN are able to expel or heat gas within the host galaxy, removing the material needed to make stars.

Equipped with a large sample of more than three thousand nearby active galaxies hosting AGN, the team used new data analysis techniques to measure how the star formation of the galaxies has changed over cosmic time.

Challenging the expectations from the standard scenario, the team found that nearby galaxies hosting AGN are not simply gradually quenching their star forming rate. On the contrary, they are going through a “rejuvenation phase”: most of the galaxies in the sample with active black holes show clear signatures of a rising not declining star formation rate in recent epochs.

Star formation is typically extremely short-lived in cosmological terms - the period when galaxies form stars can be a hundredth of the age of the Universe, or shorter. The team concluded that current AGN activity may be contributing to, but not causing, the observed quenching of star birth. The rejuvenation of galaxies with active nuclei may thus be the “last breaths” in the lives of galaxies, before they completely stop forming new stars.

Ignacio Martín-Navarro comments on their findings: "Galaxies may undergo several rejuvenation episodes until they finally become quiescent. The energy cumulatively released by supermassive black holes during these rejuvenation episodes is possibly related to the observed quenching, but there is still a lot of theoretical and observational work to do until we can have a satisfactory understanding of such a complex process."

The research is presented in a paper entitled ‘Rejuvenation triggers nuclear activity in nearby galaxies’, by I. Martín-Navarro et al., published in the journal Monthly Notices of the Royal Astronomical Society: Letters on December 13th, 2021. The article is available at the following URL: https://academic.oup.com/mnrasl/advance-article/doi/10.1093/mnrasl/slab112/6406491?searchresult=1