SN 2018aoz, the earliest detection of a type Ia supernova to date 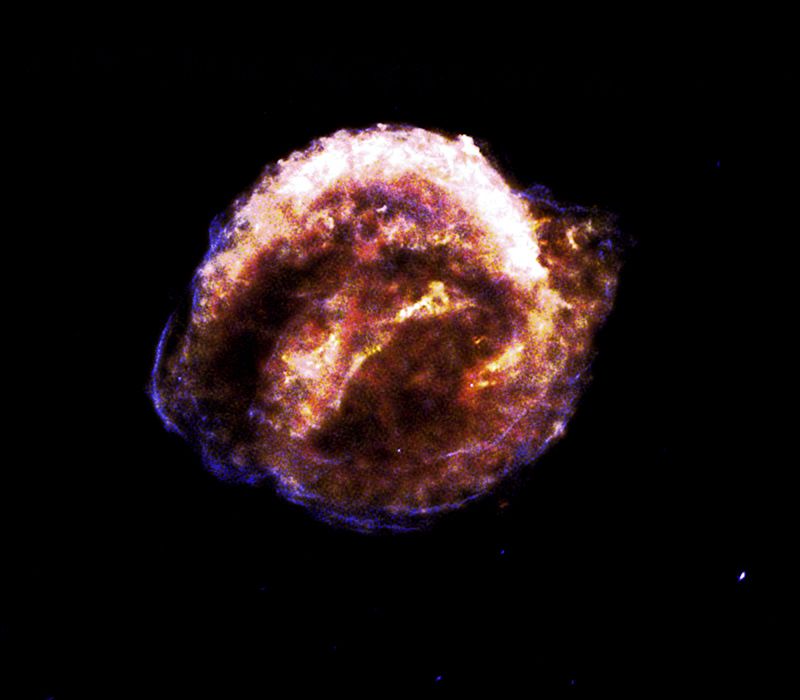 Using the network of KMTnet telescopes (Korea Microlensing Telescope Network) in Chile, South Africa and Australia, an international team led by researchers at the University of Toronto has observed a type Ia supernova since its inception. The observations of the study, in which researcher Lluís Galbany from the Institute of Space Sciences (ICE-CSIC) and member of the Institute of Space Studies of Catalonia (IEEC) participates, are published today in the scientific journal Nature Astronomy.

Supernovae are the result of stellar explosions. Type Ia supernovae are thermonuclear explosions of white dwarf stars in binary systems and they are the most common type among observed supernovae. They also play an essential role in understanding the origin of metals and the accelerated expansion of the Universe.

Despite their importance, astronomers have yet to identify how the most common variety of “normal” Type Ia supernovae explode, as the explosion mechanisms of Ia supernovae continue to be a recurrent topic of discussion among the scientific community. In this context, researchers Yuan Qi Ni, Dae-Sik Moon and Maria R. Drout, from the University of Toronto’s Dunlap Institute, have led an international program for the earliest detection of supernovae and comprehensive follow-up observations.

SN 2018aoz supernova exploded on March 29th, 2018. The researchers managed to detect it within an hour of its first light, the earliest multiband detection of a Type Ia to date. In addition, it has been possible to obtain crucial natal information on how the explosion took place.

Type Ia supernovae take about 16-19 days from exploding to full brightness. "If we had instrumentation observing the entire sky all the time, we would discover SN in its first moments, but it was not possible until about 4-5 years ago," explains ICE-CSIC researcher and IEEC member Lluís Galbany, who has participated in the study.

New projects, such as ASAS-SN, ZTF or ATLAS, use relatively small telescopes to scan the entire sky more often and are able to find objects that weren't there before with an anticipation that was previously possible. "Discovering an SN 7 or 9 days after the explosion was used to be a milestone, but nowadays quite a few can be discovered within 1 to 3 days after the explosion," adds Galbany. In this case, it is even earlier, since the SN was detected within one hour from the first light of its explosion.

The fast detection of SN 2018aoz was made possible by the Korea Microlensing Telescope Network (KMTnet), which includes three telescopes in the Southern hemisphere: Chile, South Africa and Australia.

The Institute of Space Sciences has contributed with the infrared observations made from the Cerro Tololo observatory in Chile (SMARTS telescope, ANDICAM instrument).

"SN 2018aoz is part of a set of type Ia supernovae that we were observing in the infrared to measure the distances to their galaxies and thus be able to determine the rate of expansion of the local Universe," explains ICE-CSIC and IEEC researcher Lluís Galbany. "This SN was the closest one among the supernovae we were tracking, which happened to be the brightest in 2018, so we planned to get observations more often. As soon as our Canadian collaborators notified us of such an early discovery, we decided to carry out a more detailed follow-up of this object," he adds.

A fast reddening of the light in the first hours

SN 2018aoz marks the earliest detection of a supernova to date. This early detection is rather weak, since it takes two to three weeks (about 16-19 days of increasing brightness) from the time the supernova explodes until it reaches its maximum brightness. The data reveals a concentration of metals in the outermost 1% of the supernova’s ejected material, evidenced by a rapid reddening of the supernova’s light – a temporary absorption of its bluer light during the first twelve hours of its infancy. This process is known as the line-blanketing effect.

This discovery suggests that normal Type Ia supernova explosions may be initiated by surface nuclear burning or an extreme mixing of the nuclear burning process that causes heavier elements from the interior to bloom to the surface. These observations are an important milestone in understanding how Type Ia supernovae explode. In addition, these very early data allow us to distinguish between different explosion models of type Ia supernovae. The results seem to indicate that the model that best explains the observations is a "double detonation" one. According to this model, the detonation on the outer shell of the white dwarf would cause a shock wave with enough energy to cause another detonation in the center of the star.