Radio pulsation from the system LS I 61 303 detected, after decades of search 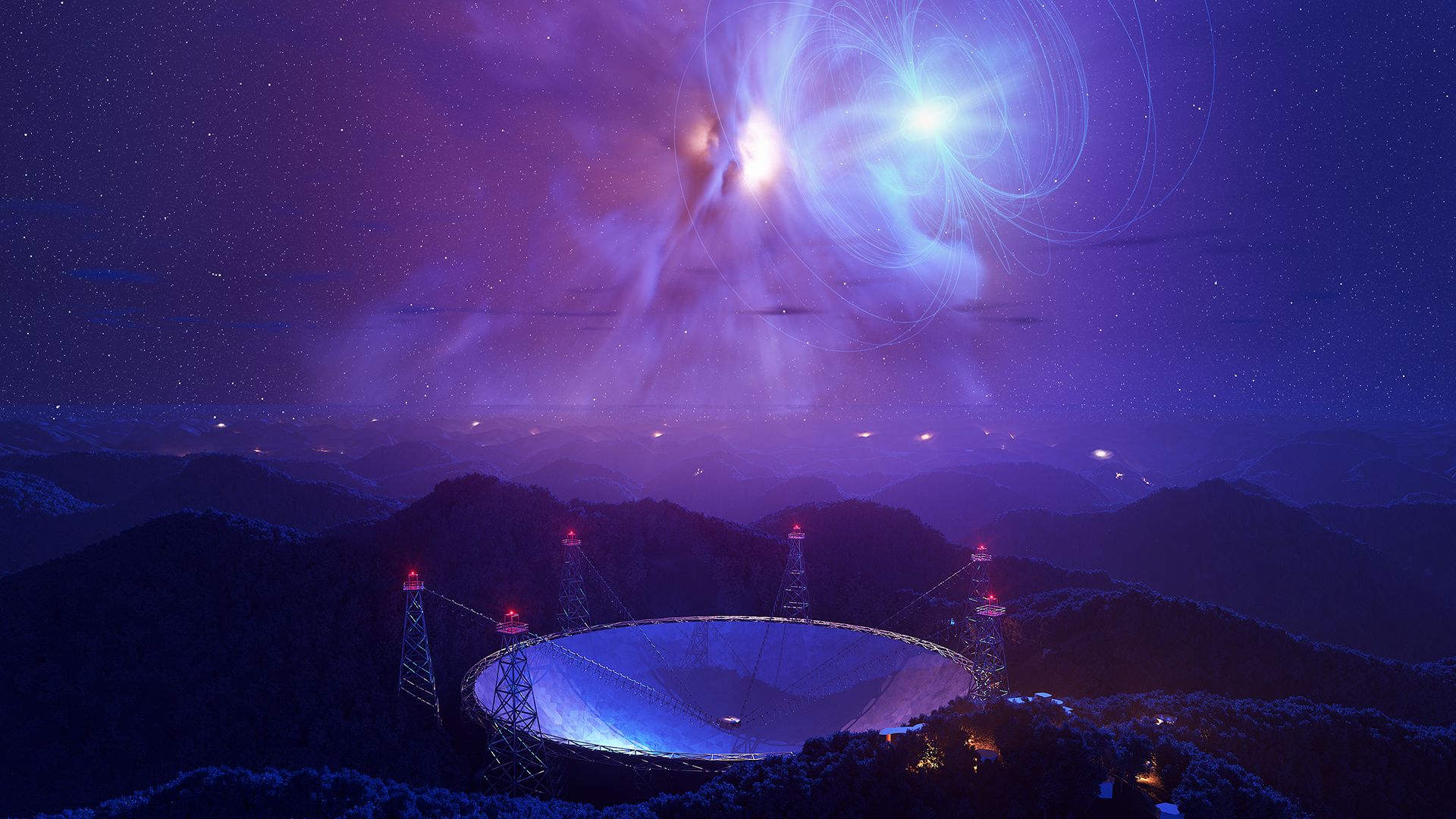 An artist’s illustration of the LS I +61 303 shining above FAST.

Using the largest radio telescope on Earth, the Five-hundred-meter Aperture Spherical radio Telescope (FAST, in China), an international team has discovered radio pulsations from the system LS I 61 303. This is the first evidence for pulsations from this source at any frequency, and proves the existence of a rotating neutron star in this system.

Diego F. Torres, ICREA researcher at the Institute of Space Sciences (ICE-CSIC) and the Institute of Space Studies of Catalonia (IEEC), is one of the two corresponding authors of the study. Researchers from the Nanjing Normal University, the Chinese Academy of Sciences, the Peking University, the Istituto Nazionale Di Astrofisica (INAF, in Italy) and others, are also involved. The findings are published today in the journal Nature Astronomy.

This is the first time scientists find pulses from this source at any frequency, since prior deep searches were not successful in finding pulsations. The FAST radio Telescope, which started to take data in 2019, has made it possible. Its sensitivity could have been crucial to detect possibly dim pulsars.

These periodical radio pulsations detected from the direction of the system are one of most intriguing aspects of the results, since they are not permanently there: they appear and disappear, and actually they seem to be most of the time off. This might explain why finding them was so elusive. The reason for this appearance and disappearance is unclear, but relatively common, since this phenomenon has been observed in many other pulsars too.

"These findings come as the result of a sustained community effort for finding the pulsation across all frequencies", explains researcher Diego F. Torres. "My group and I have carried out many of those searches ourselves, in X-rays, hard X-rays, and GeV gamma-rays. But it was a difficult task: not only we were trying to detect a pulsar that is not particularly bright, but one for which pulsations are not permanently there", he adds.

Torres is particularly concerned with the period actually found, also from a theoretical perspective. The period of the pulsar, of 0.26 s, is in the predicted range of a multi-frequency model he did in 2012 with other ICE members (Torres et al. 2012, and A. Papitto, Torres, & Rea, both published in The Astrophysical Journal). In this model, the system transitions between two states along the orbit, according to the mass pressure in the vicinity, explaining long-term multi-frequency recurrencies. The current period measurement brings increased interest to this possibility.

LS I 61 303 is a rare system, one of the few gamma-ray binaries. These systems are stellar systems formed by a massive star and a compact object, that can be either a black hole or a neutron star. These systems emit most of their luminosity in
photons with very high energies. LS I 61 303 has also shown super-orbital variability and magnetar-like flares. Now that the pulsations are measured, LS I 61 303 is the first binary system known to have a magnetar in it.

In particular, LS I 61 303 contains a compact object orbiting a rapidly-rotating star every 26.5 days. “The nature of this compact object has been heavily investigated, and lack of certainty about it stagnated progress.  With the discovery of pulsations we can now focus on characterizing the  appearance and disappearance of the pulsations and on understanding better the long-term evolution of the system”, concludes Diego F. Torres.