LISA, the mission to observe gravitational waves in
space, into the design phase 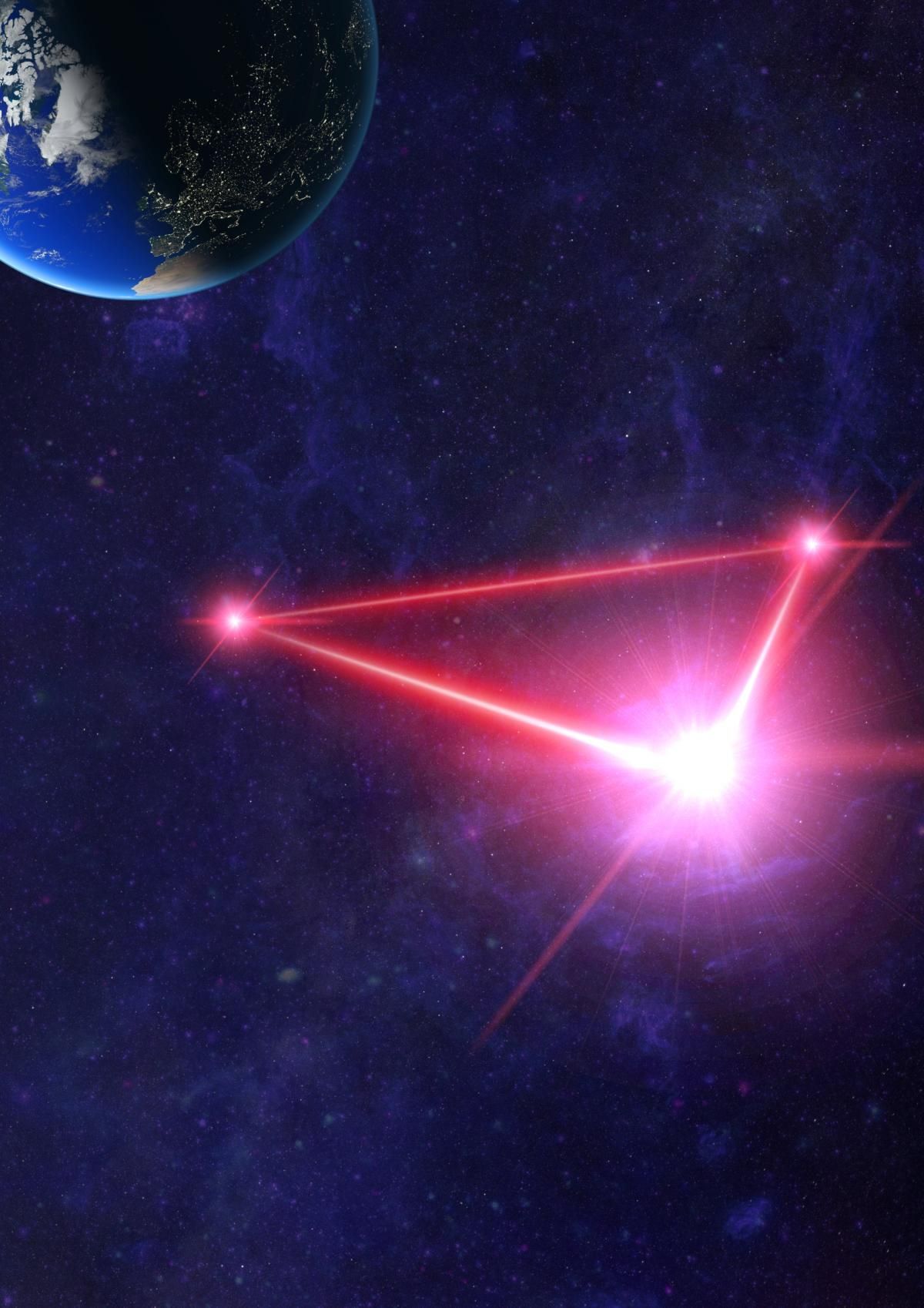 Artist's rendering of the 3 probes that will make up the LISA mission to detect gravitational waves from the most powerful phenomena in the Universe.

The European Space Agency (ESA) aims to fly the first space-based observatory dedicated to the study of gravitational waves: the Laser Interferometer Space Antenna (LISA) mission. Last December, LISA left behind Phase A (first stage in the mission lifecycle), in which its feasibility was assessed and the first designs and technologies began to be developed. Phase A ended with a comprehensive review, in which a team of ESA experts identified no showstoppers.

This way, LISA has successfully achieved sufficient maturity to Phase B1, where the mission will be refined, all necessary technology will be developed, final designs will be chosen and international agreements will be established.

The Institute of Space Sciences (ICE-CSIC) and the Institute of Space Studies of Catalonia (IEEC) lead the Spanish contribution to the mission, centred on the ‘Data and Diagnostics Subsystem’ (DDS). Thus, it was an active part of this ESA review, providing a whole set of documentation which describes the DDS requirements and interfaces, together with the company SENER-Aeroespacial, and participated in the review of the other subsystems. The Spanish contribution is now considered one of the four major contributions, together with those led by Italy (‘Gravitational Reference Sensor’), Germany (‘Interferometric Detection System’) and France (‘Instrument Testing - GSE’).

LISA, composed of three space probes that will fly in a triangular formation of 2.5-million kilometre-long sides (about 3 times the distance between the Earth and the Moon), will allow the detection of the passing gravitational waves. Gravitational waves are ripples in the fabric of space-time emitted during the most powerful events in the Universe, such as pairs of supermassive black holes colliding and merging or episodes shortly after the Big Bang.

Such events produce very low-frequency waves, with such long periods that they can only be detected by a space-based observatory covering millions of kilometres. The distance between the LISA’s spacecraft will be measured by laser interferometers that will be accurate enough to detect the small oscillations produced along the interferometric arms.

"Our subsystem has evolved considerably during this phase to reach a more consolidated version that will allow us to enter now into a more detailed design," says ICE-CSIC and IEEC researcher Miquel Nofrarias. LISA is a project that was approved as a mission within ESA's science programme in 2017, but already had a long history of more than four decades. "This is a really important milestone for the community and a vital step towards finally having a gravitational-wave observatory in space!", adds Nofrarias.

"Transitioning into Phase B1 lifts the mission out of concept studies and marks a major milestone for the involved scientists and engineers," says Martin Gehler, ESA's LISA studymanager. "After a long journey, starting with the first sketches in the 1980s, we now know that we are on track and that we have a feasible plan forward to adoption."

The next important milestone is expected to occur in 2023, when the subsystem requirement review—the last step of the design phase—will take place. If successful, LISA will enter the industrial implementation phase, expected around 2024-2025.

LISA is scheduled for launch in the mid-2030s and is planned to work alongside ESA's upcoming Athena mission, which will observe X-ray emission from the collision of black holes.

Launched on 3 December 2015 and terminated in 2017, LISA Pathfinder was an ESA mission with a NASA payload that paved the way for the future LISA mission by successfully testing hardware in space. LISA Pathfinder demonstrated that it is possible to place and maintain test masses in free-fall with an astonishing level of accuracy, and that the sophisticated measurement devices needed for LISA met all the requirements.

Researchers from ICE-CSIC, CTE (UPC) and IEEC also led the Spanish contribution to the LISA Pathfinder mission. Led by the deceased Professor Alberto Lobo, a pioneer in the field of gravitational wave detection in Spain, the Spanish contribution started in 2004 and consisted, also, in the provision of the ‘Data and Diagnostics Subsystem’ (DDS), which included the payload control computer—also known as the ‘Data Management Unit’ (DMU)—as well as a set of high-precision and high-stability sensors and actuators to monitor the environment of the test masses in LISA Pathfinder, the ‘Diagnostic Items’ (ITs).