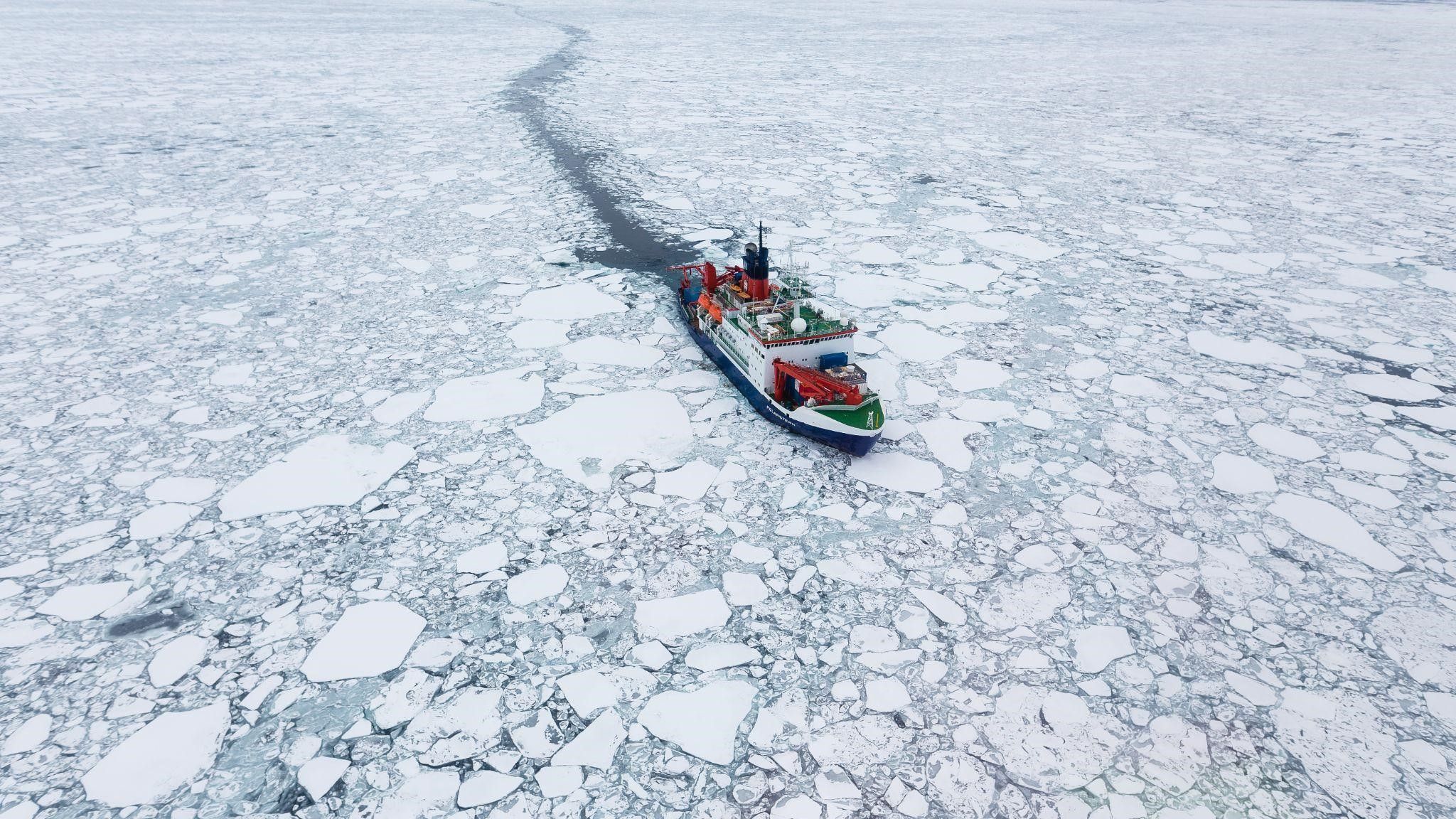 Arctic Circle is the largest network of international dialogue and cooperation on the future of the Arctic. It consists of governments, organizations, corporations, universities, think tanks, environmental associations, indigenous communities, among others, that seek to delve into the status and functioning of this remote enclave on Earth.

MOSAiC expedition (Multidisciplinary drifting Observatory for the Study of Arctic Climate) took place between September 2019 and October 2020 aboard the German research icebreaker Polarstern, that sailed from Tromsø, Norway, to spend a year drifting through the Arctic ocean to register hundreds of environmental parameters with unprecedented frequency and accuracy. This allowed researchers to obtain the first complete picture of the climate crisis’ impact on the Arctic, which is warming twice as fast than the rest of the planet.

In the framework of this expedition, ICM placed a radiometer on the Arctic surface, an instrument similar to the one carried by the SMOS satellite from the European Space Agency, which can measure the thickness of sea ice. "The objective of this experiment was to obtain radiometric measurements under different conditions in order to better understand how certain parameters (snow thickness, ice temperature and salinity) affect the emissivity of ice, and to be able to improve the measurements of ice thickness obtained by the SMOS satellite", explains ICM-CSIC researcher Carolina Gabarró. “This is a fundamental variable to monitor the drastic changes that are taking place in the Arctic. We are very happy with the results we have obtained with this radiometer, designed and developed in Spain”, she adds. This project has been funded by the State Investigation Agency (AEI).

Within the framework of another project financed by the AEI, ICM researcher Manuel Dall'Osto, the only CSIC researcher who embarked on the Polarstern, collected water samples from the more superficial layers of the ocean and studied the role of marine microorganisms in the formation of clouds simulating the natural bubbling of water through tanks specifically designed for this purpose. His experience on the ship was recalled in El País blog, where the researcher narrates the ins and outs of the campaign.

For its part, the Earth Observation group from ICE-CSIC was responsible for an experiment installed on the ice floe to study the interaction between sea ice and satellite navigation signals (such as GPS). The experiment was funded by the European Space Agency (ESA). "The equipment was designed to be able to operate in the extreme conditions of the Arctic, autonomously and almost continuously," explains ICE-CSIC and IEEC researcher Estel Cardellach. 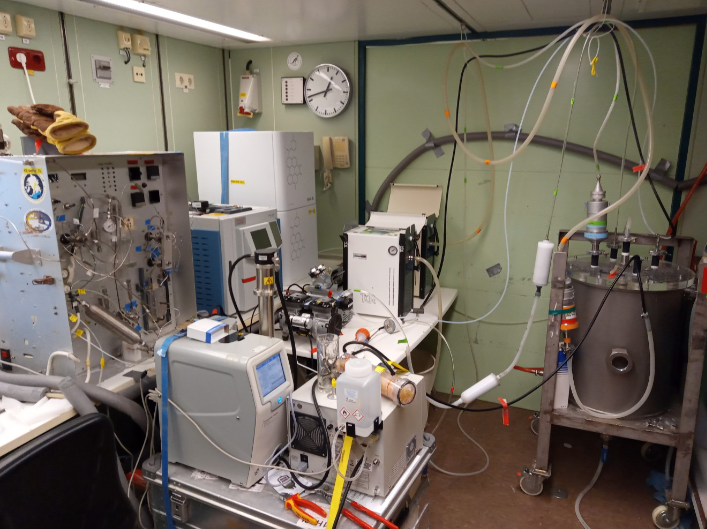 Tanks designed to simulate the natural bubbling of water in the ship. Credit: Manuel Dall'Osto (ICM-CSIC).