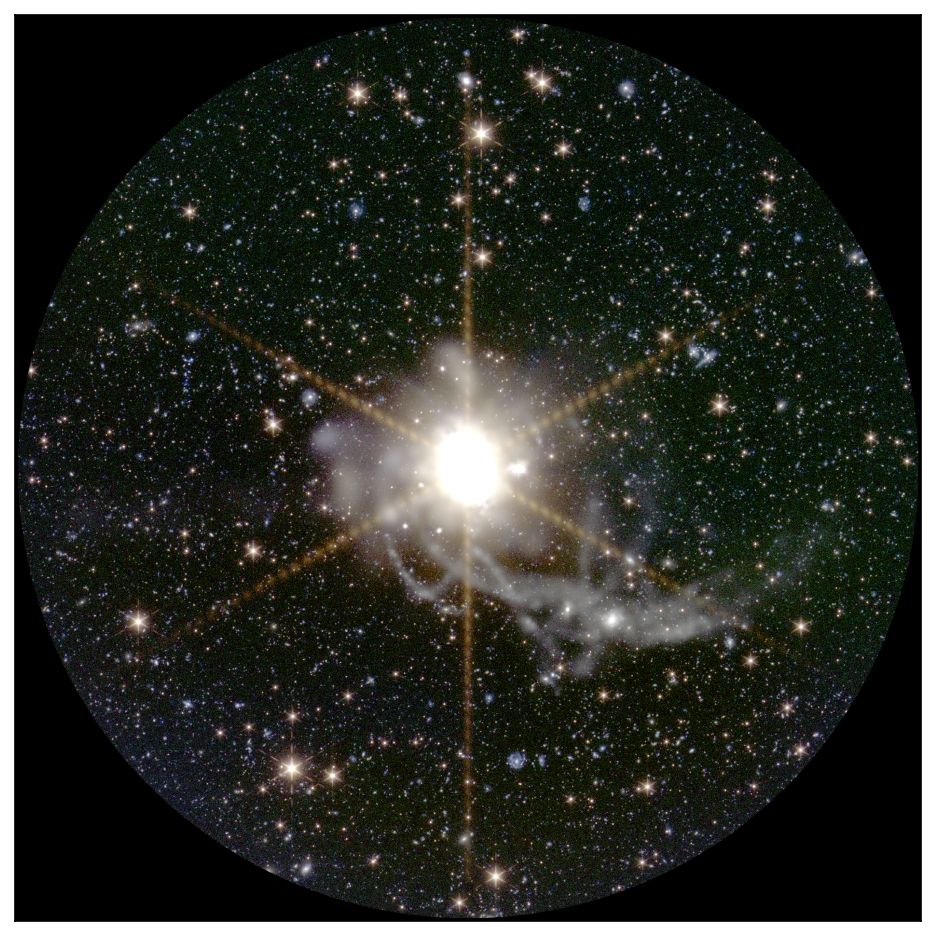 Simulation of the halo of one of the galaxies that will be observed in the ARRAKIHS mission. / Alex Camazón (ARRAKIHS Consortium).

On November 2nd, the Science Program Committee of the European Space Agency (ESA) officially approved the selection of ARRAKIHS, the first mission of the ESA Science Program led by Spain, in particular, by the Physics Institute of Cantabria (IFCA), a joint centre of the Higher Council for Scientific Research (CSIC) and the University of Cantabria (UC), aiming at being launched in 2030.

The research team responsible for ARRAKIHS will be led by Rafael Guzmán, CSIC researcher, member of the IFCA Observational Cosmology and Instrumentation Group and professor at the University of Florida, the Complutense University of Madrid (UCM), the Institute of Astrophysics of Andalusia ( IAA-CSIC), the Institute of Space Sciences (ICE-CSIC), the Institute for Space Studies of Catalonia (IEEC), the Center for Astrobiology (CAB, INTA-CSIC) and the Center for Physics of the Cosmos of Aragon (CEFCA), in collaboration with the company Satlantis.

The ARRAKIHS mission (acronym for “Analysis of Resolved Remnants of Accreted galaxies as a Key Instrument for Halo Surveys”) was presented to the ESA F-Missions (Fast Missions Opportunities) program in February this year, and an international consortium participates in its development, with research centres from Spain, Switzerland, the United Kingdom, Belgium, Sweden, Austria and the United States, responding to the announcement published by ESA in December 2021. In August, it received the support of the Ministry of Science and Innovation through its qualification in the PRODEX program of the ESA, managed by the Center for Technological and Industrial Development (CDTI).

The main scientific goal of the mission is to study dark matter, which according to different cosmological observables could be up to five times more abundant than ordinary matter. Due to its properties, its direct detection is very complex and, for now, we are only aware of its existence through its gravitational effects. It is precisely these effects on the satellites that orbit in the halo of galaxies like our Milky Way, which ARRAKIHS will be able to discover and characterize in order to reveal the nature of dark matter.

Satlantis company has designed and developed a visible and infrared binocular camera that will allow the team to obtain images of a hundred galaxies similar to the Milky Way, reaching a surface brightness 5-100 times deeper than the best images taken from ground-based observatories. The depth, resolution and wide field of the images that ARRAKIHS will provide will represent an astronomical milestone and will provide key information on the knowledge of dark matter in the universe and its origin. 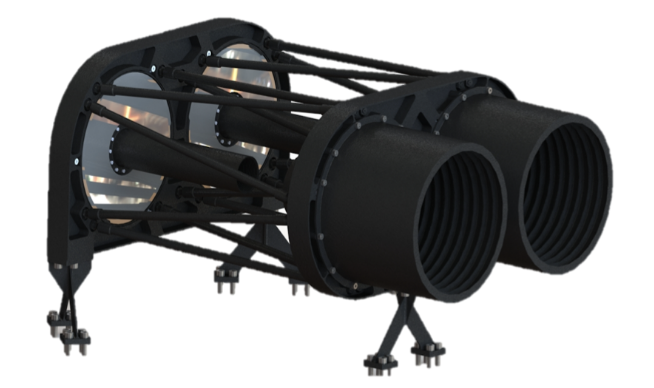 Thanks to these images, and through new signal processing methodologies, it is expected to be able to determine if the nature of dark matter, as other cosmological observations point out, is cold, that is, formed by particles that move at not relativistic speeds (they move at a speed significantly lower than light). This is a key aspect, since, although the cold dark matter model seems to be the preferred model for large-scale cosmological observations, some of its properties on small scales, the size of galaxy halos, present a certain tension with the current observations.

In this way, the sensitivity and ultra-low surface brightness that ARRAKIHS is expected to obtain, will allow us to confirm or not the predictions of the cold dark matter model at galaxy halo scales, and at still unexplored surface brightness levels.

In addition, the IFCA will house the mission's data processing center, key to obtaining the maximum possible knowledge of dark matter from the ARRAKIHS dataset.