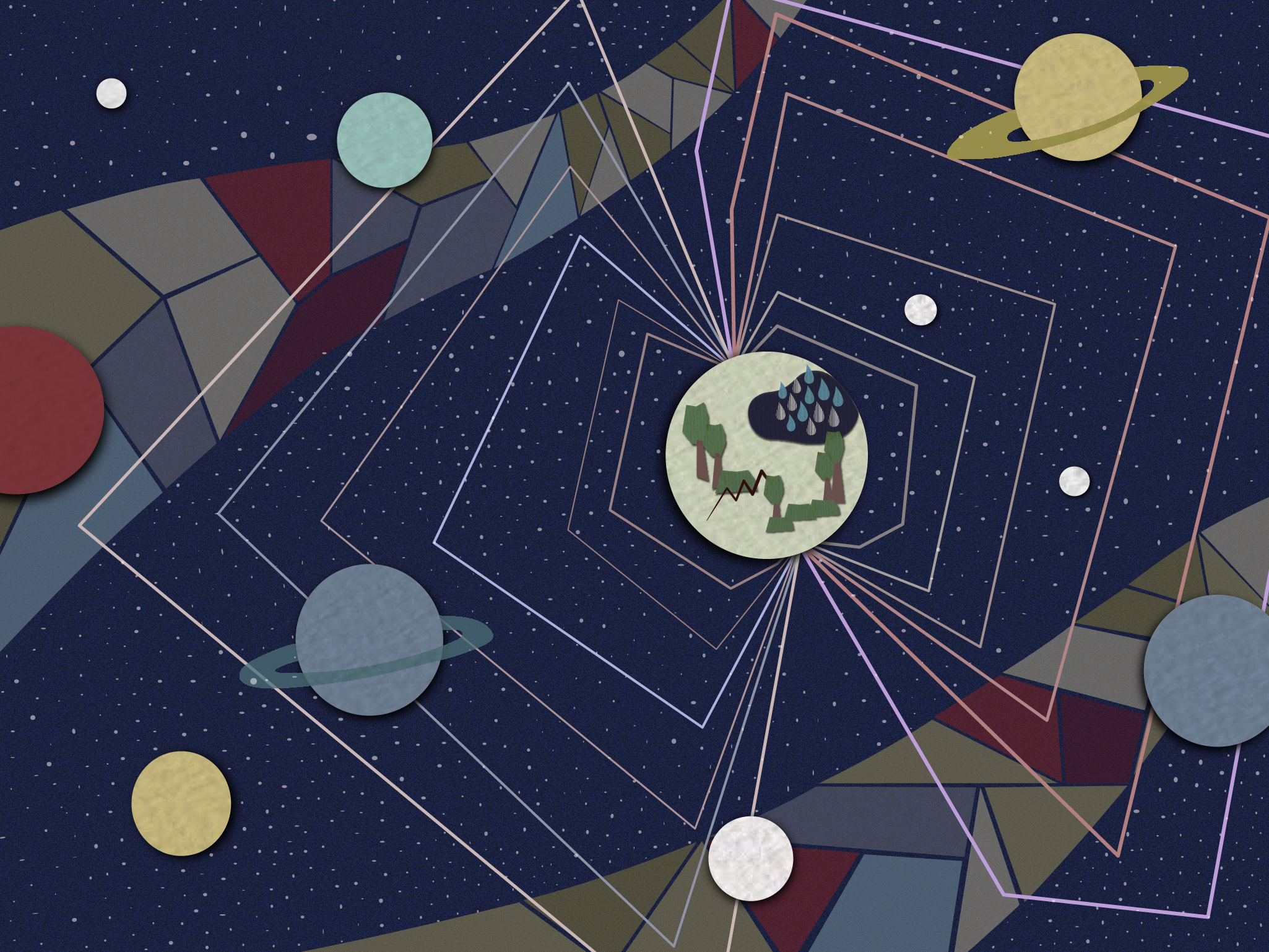 “Uno dunque è il cielo, il spacio immenso, il seno, il continente universale […]. Ivi innumerabili stelle, astri, globi, soli e terre sensibilmente si veggono…” (One is thus the Sky, the immense space, the vessel, the universal container […]. There, uncountable stars, bodies, globes, suns and Earths are clearly visible…).
These are the words written in 1584 by Giordano Bruno in London, and are an early example of the modern degree of awareness that life on Earth has reached. Self-reproducing molecules have gradually evolved into organisms that are complex enough to have a conscious perception of themselves and even of their planetary and cosmic environment. How did life on Earth reach this point? Besides arguably agreed factors like the presence of liquid water and the suitable distance to a stable star, one of the often under-looked answers to this question shines in some winter nights of the polar skies, through one of the most breath-taking phenomena: aurorae, the most direct manifestation of the planetary magnetic field. If Earth’s magnetic field had been much weaker, or intermittent, life as we know it could not have been possible (at least at the surface): the ionizing radiation and the high-energy particles coming from cosmic rays and the Solar wind would have stripped the atmosphere, and the surface layers of the planet would have been soaked in deadly radiation. Despite our incomplete understanding of Earth’s magnetic field long-term behaviour, we know that its uninterrupted presence, detectable by paleomagnetism during the last 3.5 Gyr at least, has been and still is a key piece in the sustainment of Earth’s biosphere.

About four centuries after Bruno’s words, in 1992 the first extrasolar planets were discovered, orbiting around a pulsar. Barely three decades later, the 2019 Nobel prize has been awarded to the first discovery (in 1995) of an exoplanet around a main sequence star, and Bruno’s words could be a summarizing slogan for the over 4.300 extrasolar planets orbiting around over 3.000 stars (mostly main-sequence) detected so far. Exoplanets show an amazing diversity, already anticipated by the peculiarities of our seven Solar neighbours and their satellites. On a weekly basis, discovery papers are unveiling unexpected properties, which enlarge our views and imagination about planetary systems and depict the Solar system as a non-representative case.

The fast-growing sample of thousands of extrasolar planets is unveiling an amazing variety of properties. It represents an opportunity to shed light on long-standing physics and astrobiology issues from a much wider sample than our Solar neighbours, especially for what concerns the still unclear internal structure, only grossly constrained by observable values of mass and/or radii. Planetary magnetism and its long-term evolution is currently understood only partially for the Earth, at a lesser extent for Jupiter and other Solar planets, and is still elusive in exoplanets. The project focuses on magnetic fields as a key factor in shaping habitability and as a messenger of the internal composition and dynamics.

For terrestrial planets, long-lasting, strong enough magnetic fields are arguably a key factor to guarantee habitability, but we are not even sure about how the Earth’s magnetic field has survived for so long. Magnetism leaves other detectable imprints in giant planets. A quest for the first exoplanetary Jupiter-like magnetospheric emission in radio is on-going, but the search needs to be driven by a reliable prediction of the most likely emitters. Magnetic fields can delay the cooling via Ohmic dissipation and could explain the often observed inflated radii in hot Jupiters, but models are still incomplete.

IMAGINE aims at simulating the long-term (Gyr) evolution of the exoplanetary magnetic fields, coupled with a cooling model, and at assessing the relevant imprints on their observables for a broad range of distinctive features mass, composition, irradiation, rotation.

The internal structure of a self-gravitating object with a given mass and chemical composition can be obtained through the knowledge of the equation of state with standard methods. Currently, the equation of state is arguably well known up to moderate pressures for a fair range of the parameter space describing the composition of H, He, water and rocks. We will consider all the up-to-date experimental constraints on the different relevant phases of matter. The additional parameters of rotation, time-dependent irradiation from the host star and atmospheric composition will be considered.

A way to directly detect exoplanetary magnetic fields would be via their radio emission. Jupiter is the brightest source of radio signals below 40 MHz. The observed radio emission is thought to come from the cyclotron-maser instability, which acts at a maximum frequency of about 2.8 B MHz (where B is the intensity of the magnetic field in Gauss), and depends on the Jupiter’s magnetospheric interaction with the Solar wind. The searches of exoplanetary radio emissions have so far targeted several dozens of nearby hot Jupiters, setting upper limits of sub-mJy at best.