Barcelona has become one of the first tourist destination of Spain, it has everything to please the majority of visitors : with a history among the oldest in Europe, a capital, Barcelona, which never sleeps and an inland full of charm not to forget beautiful beaches in La Costa Brava. The variety of artistic treasures, the Romanesque churches and the great names in modern art and architecture , Dali, Gaudi, Miro, Picasso …

Barcelona “The city of Marvels”…

Barcelona sited between the sea and the mountains, has found a formidable balance: a foot in the traditional things and the other in the avant-garde. Barcelona has the reputation of being the most cosmopolitan, modern and avant-garde city in Spain and it has renewed for the 1992 Olympic Games.

Sitges is a Mediterranean coastal town, located in the Garraf area in the province of Barcelona, in Catalonia, Spain. Sheltered by the Garraf mountains and due to its geographical position in the Mediterranean, Sitges has a warm “micro-climate” that makes it possible to enjoy outdoor activities almost every day of the year. Moreover, throughout the year numerous events take place in this beautiful town: the Sitges International Fantastic Film Festival of Catalonia, Carnival, the Festa Major, Theatre Festivals, The Barcelona-Sitges Vintage Car Rally, Harvest Festival, concerts … the list goes on, however one can also enjoy simply taking a stroll along the sea-front boulevard, a bike ride through the Garraf Natural Park or soak up the atmosphere of the Sitges nights on the renowned “Dos de Mayo” street.

According to the Köppen climate classification, Barcelona has a maritime Mediterranean climate (Csa), with mild winters and warm to hot summers,[68] while the rainiest seasons are autumn and spring. The rainfall pattern is characterised by a short (3 months) dry season in summer, as well as less winter rainfall than in a typical Mediterranean climate. This subtype, labelled as “Portuguese” by the French geographer George Viers after the climate classification of Emmanuel de Martonne[69] and found in the NW Mediterranean area (e.g. Marseille), can be seen as transitional to the humid subtropical climate (Cfa) found in inland areas such as the Po Valley (e.g. Milan), whose rainfall is greater in summer, a feature of continental climates.

During the Euclid 2020, the timezone for Barcelona will be CEST (UTC+2h) 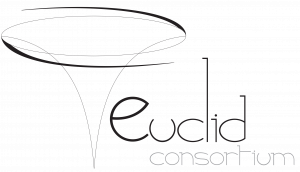 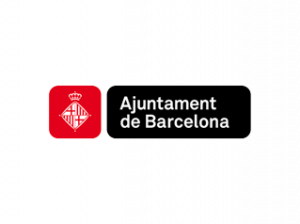