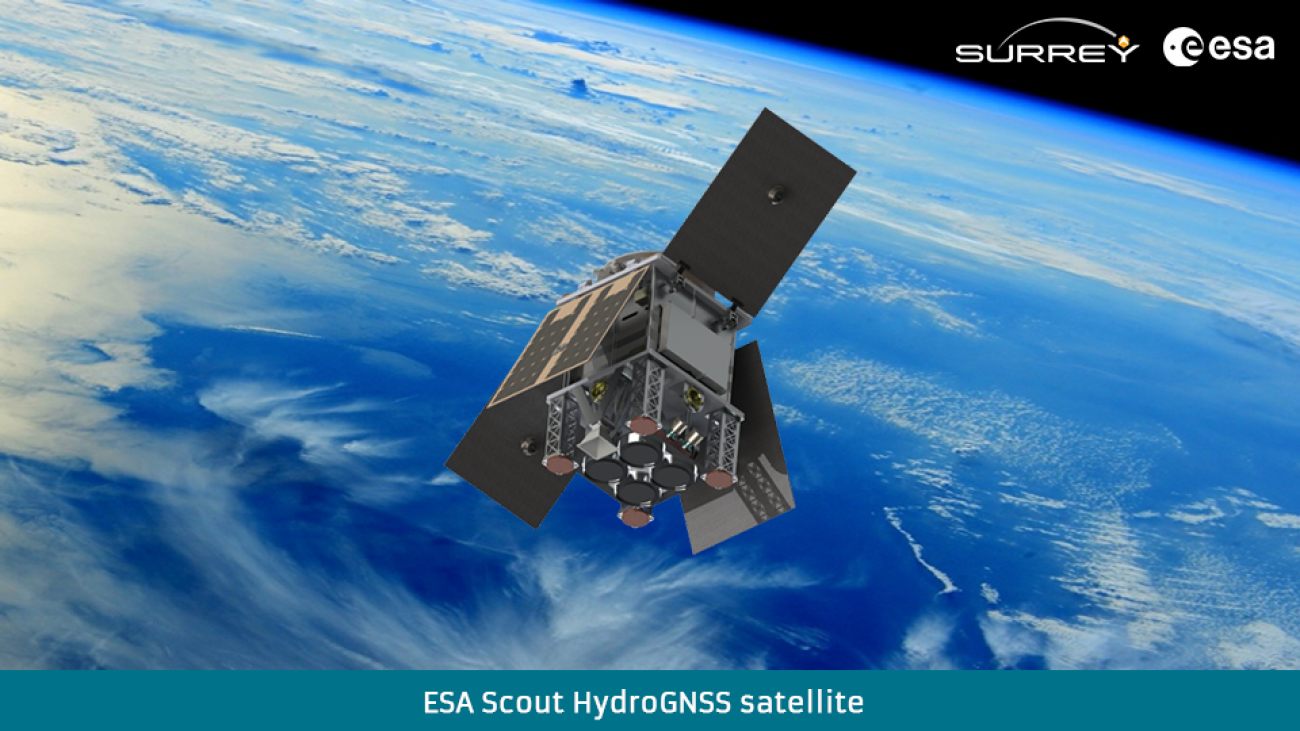 A group of researchers in the Institute of Space Sciences (ICE-CSIC) participate in HydroGNSS, the second Scout mission of the European Space Agency (ESA). These missions are a new element in ESA's Earth Observation FutureEO Programme, and seek to demonstrate the capability of small satellites to deliver value-added science. Following the selection of the first Scout satellite mission last December, ESA has now approved the negotiations for the development of a second one, called HydroGNSS.

In order to obtain these measurements, scientists will use a technique called ‘Global Navigation Satellite System (GNSS) reflectometry’. Researchers in the Earth Observation Group at the Institute of Space Sciences have more than 20 years of experience in this technique, and are involved in HydroGNSS as part of the mission consortium. The consortium also includes teams at La Sapienza University, Tor Vergata University and IFAC-CNR in Italy, FMI in Finland, NOC and University of Nottingham in the UK.

“This mission presents several novelties with respect to other reflectometry missions” explains Dr. Estel Cardellach, ICE-CSIC researcher and member of the consortium: “For the first time, the signals will be received at two polarizations, and large amounts of data at high sampling rate will be acquired in a nearly continuous mode to enable new science and improved products”.

ESA Scout missions aim to demonstrate how small satellites on a budget of less than €30m and a three-year schedule can play an important role in Earth Observation, and be scaled up for future missions. Scalability is an important aspect of this mission, as pointed out by Dr. Weiqiang Li, team member in this research group in the Institute of Space Sciences: “The concept behind HydroGNSS is scalable to larger constellations of satellites, which would represent an effective and sustainable way to densify these ECV measurements”.

HydroGNSS paves the way for an affordable future constellation that can offer measurements with a temporal-spatial resolution not accessible to traditional remote sensing satellites, thus offering new capacity to monitor very dynamic phenomena and helping to fill the gaps in our monitoring of the Earth’s vital signs for the future.

Read the press releases of the European Space Agency and Surrey Satellite Technology.
Images are available for download at the bottom of the SSTL press release.